Church violence rising – ESS Global Corp provides faith based church security in Tampa, Orlando and throughout Florida and the US.

While once rare, acts of violence at churches are increasing by double digits every year. One only needs to go to Google news and search for “Church Violence”. Sadly, it happens every day. 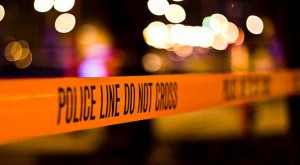 At approximately 7:45 p.m. deputies were dispatched to the Anna Prayer Mountain Church, located on Peters Rd, for a report of multiple stabbings. Through the investigation it was determine Kim stabbed a male, age 62, and female age 57, during a church service. The male victim died.

The first Sunday in August brought not one, but two bombings of churches (Baptist and Catholic) in Arizona. Thankfully, there were no deaths or serious injuries, though there was property damage.

Violent acts may include robbery, assault, rape, attempted murder and murder. Nearly 500 people have been killed on church property in the last 15 years. Many more have been seriously injured.

The majority of violent acts are carried out by people who have some connection to the congregation. The most common violent act at churches, is a shooting. Often there are precursors or warning signs to the violent act, such as threats or previous outbursts, disputes, or confrontations. Other times the violence comes out of the blue with no warning at all.

Most churches are unprepared for a violent event or how to handle the immediate aftermath. These are the churches that have the greatest risk and as such, have the most to gain from a church security analysis from the church security experts at ESS Global Corp.

Who is at Risk?

No church is immune to the risk of a violent episode occurring. Larger churches have the greatest risk since as the numbers rise, so does the risk. Churches and places of worship of all religions, sizes, and locations have experienced acts of violence.

There is no assurance that a violent episode in church can be avoided.  However, you can be prepared for the possibility of an incident occurring with the addition of qualified, professional security personnel. ESS Global Corp also offers church security training. On August 3, 2015, ESS Global Corp received a letter from Brandon White, Executive Pastor at Without Walls International Church in Tampa.

Pastor White summed up both the need and the completeness of our services.

“As a large church in the Tampa Bay community, the safety and security of the attending congregation is held in the highest regards, which should never be marginalized as a second thought. One of the greatest aspects of the training was the full assurance of complete understanding before introducing any new concepts, terminology, or practical application revealed the desire your team has to help others in achieving their goals. In addition, you have gone above and beyond by offering your services for future follow up sessions to ensure proper implementation, which is a genuine characteristic of both your integrity and ethical uprightness.”

By taking responsibility for the safety of your church with “faith based” security, you will have done the best thing possible to prevent a violent incident from occurring.

Give us a call and let’s talk about “faith based” church security and the ESS Global difference.