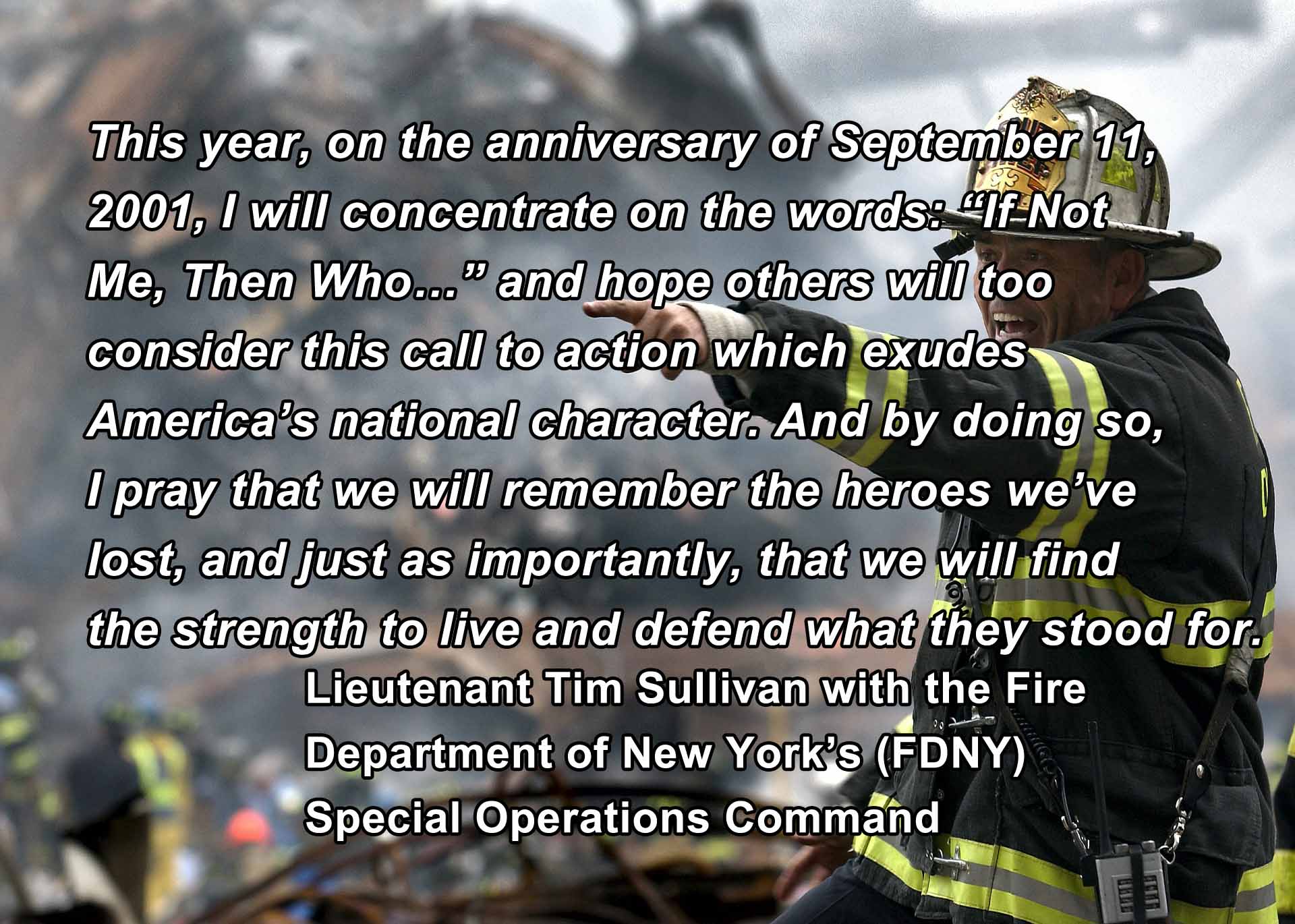 17 years ago, we lost many lives, some were simply victims of where they worked, others were heroes that gave their lives to save others.

We salute the efforts of security guards, law enforcement, firemen, EMT and other first responders that day.

Today, Lieutenant Tim Sullivan with the Fire Department of New York’s (FDNY) Special Operations Command reflected on his efforts that day 17 years ago.

This year, on the anniversary of September 11, 2001, I will concentrate on the words: “If Not Me, Then Who…” and hope others will too consider this call to action which exudes America’s national character. And by doing so, I pray that we will remember the heroes we’ve lost, and just as importantly, that we will find the strength to live and defend what they stood for.

We shall never forget.